Importance of drone technology in agriculture 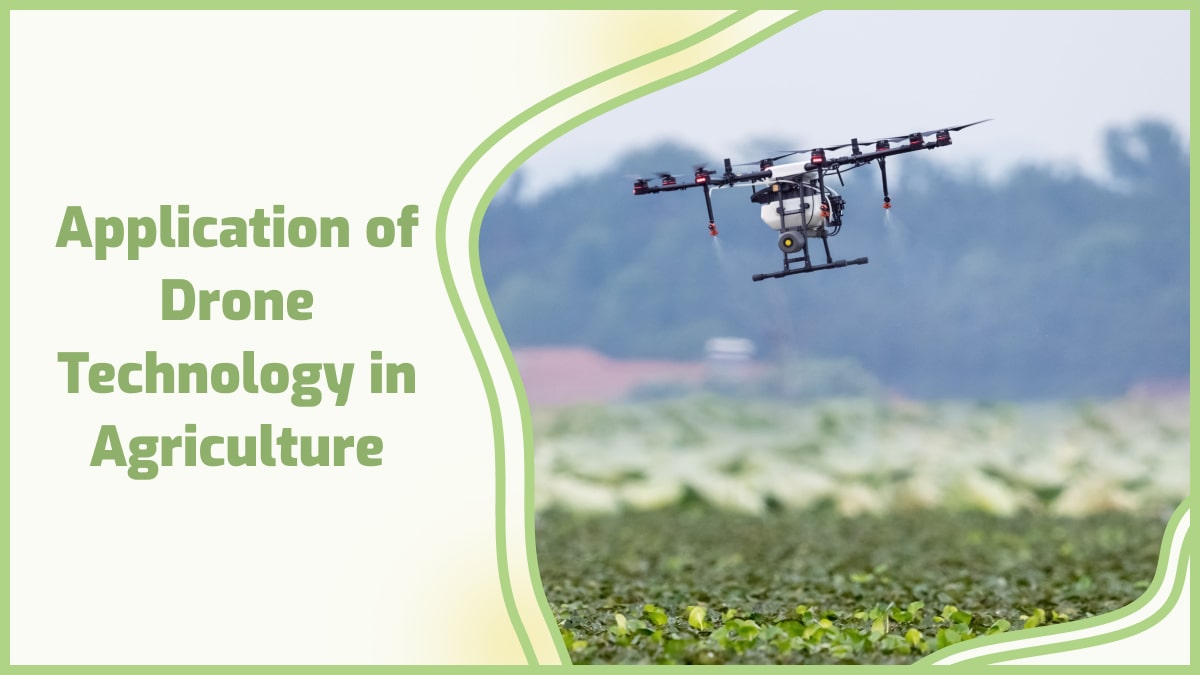 It’s very difficult for you to check out any sector of the economy without noticing the use of drones. In the agricultural sector, drones are used for a variety of tasks, which include spraying fertilizers, aerial surveillance, crop monitoring, land inspection, mapping, inspecting for damaged or rotting crops, and many more. Drones of various types are being examined to see which has the greatest potential in gardening, agriculture, and farming. Due to their multi-rotors, drones like quadcopters are the best choice for crop fertilization. Fixed-wing drones are ideal for crop fertilization, but their huge structure, which necessitates a big landing area, gets in the way.

Some reports* revealed that they expect the drone industry in the agricultural sector to grow from USD1.2 billion in 2019 to a whopping USD4.8 billion in 2024. All data obtained by the drones in farmlands is mostly used to make better agronomic** decisions, which makes it part of the “precision agriculture” sector.

The use of drones has become a crucial part of large-scale precision farming operations in several areas. The data gathered from what the drones record helps farmers make better plans for planting and treatments to yield the best possible harvest. According to some reports, making use of precision farming systems has the tendency of increasing yields by up to 5%***, and that’s a significant increase in a market that has slim profit margins.

The ability of drones to move around quickly to their intended destinations is one of the top uses of drones in agriculture. Drones having this capability can spray insecticides and fertilizers on crops to nourish them and give them the nutrients they require. Crops can be healthy and thrive with such supplements. Drone controllers have complete control over the drone spraying nutrients to keep worms, pests, and insects at bay and extend crop life.

Agriculture is a labor-intensive and time-consuming industry by definition, as it necessitates a high level of ability to carry out its activities. Seeding, in particular, necessitates human work because it’s a process that consumes time. Drone technology is used to sow the seeds of several varieties of crops to make this laborious task easier. Lasers, sensors, tanks, and other features built into drones enable them to plant seeds swiftly and cleanly.

Another fantastic advantage of using drones to fertilize crops is their ability to assess, diagnose, and survey these crops for any inadequacies. Their cameras of high resolution and sensors, which are also equipped with lasers, aid in the speedy completion of various tasks.

Unmanned Aerial Vehicles are also used to map these flaws in real-time, and the information gathered and processed can be utilized to make additional crop decisions.

Drones and their uses have helped to simplify the time-consuming process of agricultural fertilization in general. Their entrepreneurial and powerful temperament greatly aids farmers in a variety of duties and operations.

Drones and their uses have helped to simplify the time-consuming process of agricultural fertilization in general. Their entrepreneurial and powerful temperament greatly aids farmers in a variety of duties and operations.

What are some other agricultural applications for drones?

1. Drones, for starters, are great for monitoring and sensing techniques because they can quickly cover territory to check crop development and soil health. Drones are mostly used for this purpose since their sensors can detect the absorbance of a specific wavelength, resulting in a color contrast image that visibly reflects possibly problematic locations.

What are some other agricultural applications for drones?

1. Drones, for starters, are great for monitoring and sensing techniques because they can quickly cover territory to check crop development and soil health. Drones are mostly used for this purpose since their sensors can detect the absorbance of a specific wavelength, resulting in a color contrast image that visibly reflects possibly problematic locations.

Ranchers have also employed drones to track livestock on ranches and check for any damaged fences, demonstrating that this monitoring capability not only provides for rapid processing of spatiotemporal information. Rangers have also employed night cameras and thermal imagers to locate any animals disturbing or attacking herds to better monitor cattle.

2. The second major use of drones in agriculture is to keep crops healthy by dispersing water, fertilizer, and pesticides. Drones coupled with spectroscopic and thermography technology can detect dry areas and address problems that traditional watering equipment may have missed. Drones, on the other hand, can detect equipment leaks and irrigation problems.

Drones can stitch thermographic photos together over time to detect the direction of water flow and locate geographical features that may affect water dispersion. Drones’ accuracy and speed allow fertilizer to be delivered to precise locations if crops aren’t growing well enough, as well as the elimination of pests and pathogens by spraying pesticides from the drones themselves.

3. A third significant benefit of drones is that they can operate as mechanical pollinators. Although insect vectors are still the most important pollinators, drones may one day replace bees as the most essential pollinators. Although further research is needed in this area, researchers are optimistic that drones will be able to transport and disseminate pollen seeds in orchards and fields.

4. Another important aspect of drone application is the use of drones for agricultural research. Drones can cover broad areas damaged by natural catastrophes to find the reasons and implications of incidents, from infections to insurance claims. Drones are already being used to confirm claims in agricultural insurance surveys, and the quick response paired with high-resolution imaging allows for the collection of data on huge scales, which is difficult, if not impossible, to do on the same timescale with manual labor.

Drones are a good contender for enhancing agricultural techniques at a low cost because of these advantages. Aside from the financial benefits, optimizing fertilizer, pesticide, and water usage in important areas has various ecological and environmental benefits that would not be feasible otherwise.