Blog / Whats / How can we control weed with the variable-rate application?

How can we control weed with the variable-rate application? 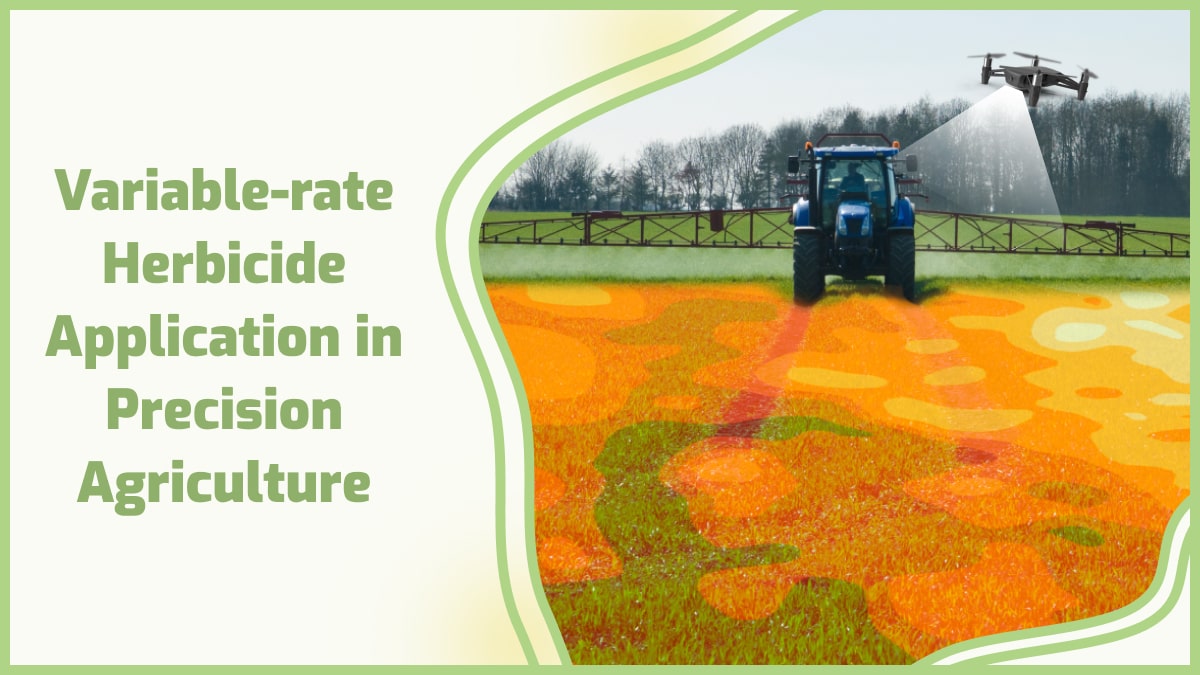 What is variable rate application technology?

Variable Rate Application (VRA) is a term used in precision agriculture to describe the process of applying the material so that the rate of application is adjusted depending on the exact location of the area to which the substance is being implemented or the characteristics of the region. This method is distinct from uniform application and has the potential to both save money (by utilizing less product) and reduce the negative effect on the environment.

The control systems available on the market today may be adapted to various precise applications, and there are many different kinds of control systems to choose from. To make this debate more manageable, we shall group them into one of three groups.

The flow-based control of a tank combination is the most straightforward method out of the three described in this article. These systems use an electronic controller in conjunction with a flow meter, a ground speed sensor, and a controlled valve or servo valve to apply the required rate of the tank mix. A microprocessor located in the console gathers data on the sprayer width and the intended number of gallons per acre to determine the flow rate optimal for the level of ground speed currently being experienced. The servo valve is adjusted, either open or closed until the flowmeter’s reading corresponds to the estimated flow rate. An application for a variable rate may be created if a communication connection can be made between this controller and a “map system.”

Direct injection of the chemical into a flowing body of water is an additional method that may be used to apply and manage chemicals. In these systems, the chemical injection rate is operated by a controller in conjunction with a chemical pump. These systems do not control the flow rate of a tank mix. In most cases, the flow rate of the carrier remains unchanged. Still, the injection rate is changed to account for fluctuations in ground speed or changes in the requested rate. Again, for the system to be utilized for variable rate application, the controller must be constructed to take an external command or be updated to accept such a command.

Chemical injection eradicates any residual tank mix and decreases the chance of being exposed to toxins. The steady flow of carriers may be altered in this system’s operation to run the boom nozzles to create droplets with a desired size and distribution is an additional benefit of this system.

When the chemical injection is combined with carrier control, the control system must adjust both the chemical injection rate and the rate at which the water carrier is delivered to accommodate changes in either the speed or the application rate. One control loop is responsible for managing the injection pump, while another controller is in charge of operating a servo valve to produce a proportional flow of water. An excellent example of this sort of system would make a mixture with a consistent concentration, precisely as if it were being drawn from a tank that was already mixed.

The system has the potential to possess many of the benefits offered by the two preceding systems. Because the chemical is injected directly into the tank, there is no risk of contamination from the residual mixture. The operator does not come into contact with any hazardous substances while the tank is being mixed. The transition from one rate to another happens as rapidly as the chemical and carrier control can making the necessary adjustment is often an extremely speedy process.

Suppose you perform a fair bit of spraying and want to avoid the dangers of tank mixing. In that situation, these frameworks will give you much control over your spraying activities and offer the potential to implement variable rates of herbicides from a pre-planned map.

The application might be based on maps or sensors, which can happen at an inconsistent rate. But our focus will be on sensor-based variable rate application (VRA). It is unnecessary to produce an earlier topographic map since sensor-based VRA can gather data on the presence of weeds and analyze the information in fractions of a second before applying herbicides. Without mapping or previous data collecting, sensor-based systems can adjust the application rate. Sensors detect the necessary attributes in real-time, even when they are moving. The measurements that are taken by the system are analyzed very instantly and then provided to the controller. The controller will then carry out the application at a varying pace.

Sensors do not inherently need the deployment of a positioning system, the construction of a map, or substantial data analysis before creating the VRA. Compared with the approach that relies on maps, this system is quicker and more efficient. Still, it also provides a higher level of precision.

The precision weed control that has not yet germinated is the purpose of an herbicide application in preemergence. The herbicide treatment is made immediately in the soil. As soon as the seeds or propagules sprout, they may absorb the herbicide. However, for this to happen, the herbicide used has to be bioavailable in the soil solution. Due to the interactions between herbicides and soil, which are controlled by various physical, chemical, and biochemical mechanisms, the application of herbicides in preemergence leads to a variety of possible destinations.

The precision weed control of weeds that have already made their appearance in the field targets a treatment known as postemergence. As a result, the application will focus on the section of the plant species found above ground. For the variable-rate application to be used in the postemergence phase of treatment, the system must have access to information on the weed population in the zone. Both the map-based and the sensor-based techniques can collect this information. Therefore, any approach may be used for dealing with postemergence VRA.

The whole process of data gathering and map production for postemergence herbicide application must be completed as rapidly as possible. The weed dynamics may shift, and the infestation levels can rise in days, rendering the suggestion map irrelevant.

There is no need to do an earlier mapping of the field before administering postemergence herbicides using an approach based on real-time sensor data. The process of spraying relies on sensors that are mounted to the sprayer. These sensors are responsible for locating weeds and determining the appropriate herbicide dosage.

When selecting the best solution provider of precision weed control and variable-rate application, GeoPard seems to be the ideal choice. Some of its significant offered opportunities are:

With the help of VRA maps, deliver the proper agricultural inputs that will work for you in the suitable data zones and practices, such as fertilization, crop protection, planting, water management, herbicide application, and other similar practices. Establish unit prices and discover unit and total expenses.