Organic farming: benefits for the environment 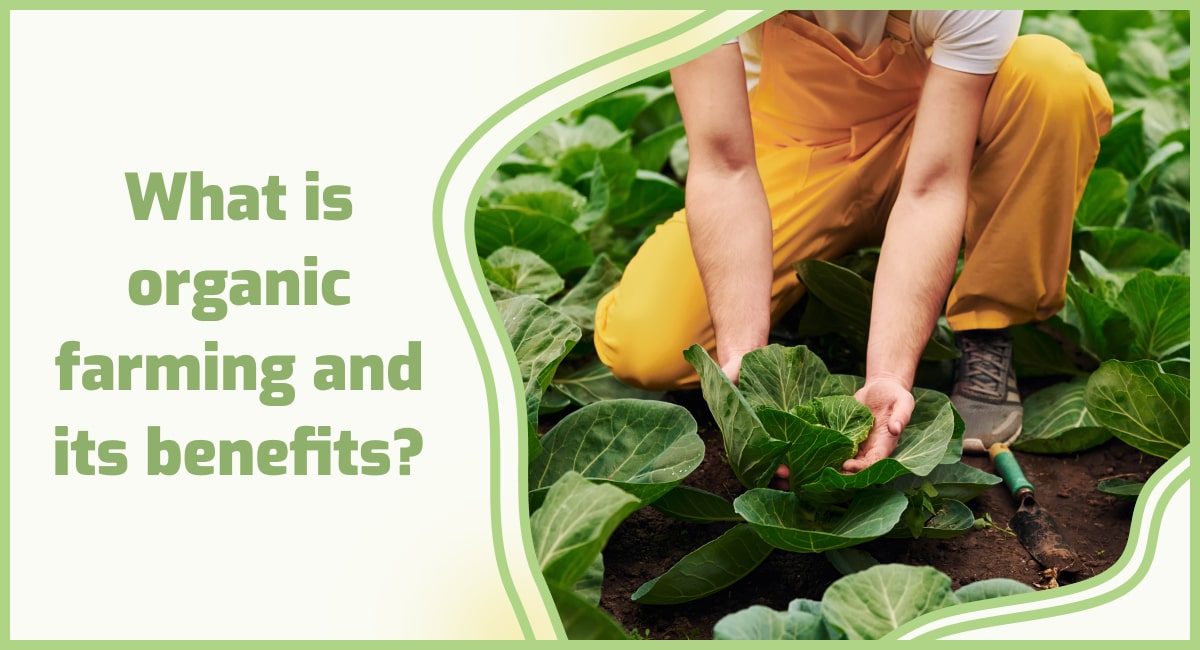 Organic farming is not a new form of farming since it has been practiced several years back. It is simply a form of farming whereby biological materials alongside beneficial microbes are used to provide nutrients to crops. Doing this increases sustainability. It also ensures that the soil remains alive and also healthy since organic wastes are used. They include:

This method of farming has been on the rise of late among several farmers across the globe. Some of the major reasons why has been embraced are that it leads to better welfare and it has less impact on the environment.

Why is organic farming better for the environment?

As earlier mentioned, several farmers around the world have adopted organic farming since its advocates for health and environmental care issues. Besides that, through organic farming, foods of higher nutritional value are produced, and also it increases food diversity. Organic agriculture also lowers harmful ingredients because only recommended substances are used.

Organic farming aims at preventing the use of harmful chemicals that leaves poisonous residues that impacts the soil negatively on several levels and affect microorganisms found in the soil, animals, and even humans. This also spreads further the common phrase in agriculture that states that when healthy soil produces healthy crops and also healthy crops leads to a sound mind in a sound body having better immunity, and also no diseases.

The principle of ecology in farming comprises using environmentally friendly methods such as those that foster soil quality. These are methods that prevent soil erosion, depletion, degradation or simply getting rid of those that pollute nature.

Fairness in organic farming calls for a good attitude to all of those who are involved in the business. These are farmers, traders, consumers, and also suppliers. It advocates for recommended working and even living conditions and supports people’s wants for an adequate supply of good quality products.

As much as innovations may prove to be more efficient, all organic farming community highly vouches for the adoption of ancient methods. These days, they choose to merge-common sense, reliable knowledge, applicable novelties, and also indigenous experience tracing back to the pre-chemical age.

The organic agriculture method needs strict compliance with the placed standards that define and also prohibit applicable techniques. Below is a list of some of the common and approved:

Crop rotation simply means shifting from one species to another on the same land, season by season. It may also involve a fallow period within a given interval of time.

· Prevents soil erosion through different root systems.
· Gets rid of pests and weed infestations and also chemical contaminations to handle the problems.
· Increases yields and also lower costs involved.
· Protects the soil from depletion since different plants increase nutrient release hence getting rid of synthetic fertilizer uses that are not allowed in organic agriculture.

This method of organic farming simply enriches the soil with natural components that are derived from animals and even both raw and composted materials. However, this method has restrictions – the materials should not have any form of synthetic additives, the soil has to be tested prior to applications, and also manures are allowed at least three months to harvest. Composted forms are also highly used or recommended because they are more compact in terms of volume and also have fewer potential pathogens and also contaminants.

Heavy chemicals are not allowed in organic farming. This is the reason why weed control is done through other alternatives to integrated weed management. These are prevention, biological, cultural, and physical. They include:

Organic farming boasts of many advantages. They include:

Several types of synthetic pesticides used in conventional farming can be harmful to both animals and humans. At times, these pesticides may end up in the air and also groundwater sources thus polluting the area around the farm. Besides that, weeds that are always exposed to pesticides begin to build resistance to the chemicals leading to a stronger variant of weeds that demands stronger chemicals to control them. In organic farming, the use of pesticides is entirely abandoned hence lowering the risk of pollution.

As opposed to organic farming, conventional farming takes away the valuable nutrients and artificially returns the nutrients back through synthetic fertilizers. This method does not encourage the growth of healthy bacteria or other decomposers that stabilizes soil health. This means that when a conventional farmer leaves his or her field to sit, the soil will struggle to regain the nutrients and this also will take a longer time. Organic farming strives to attain sustainable agriculture and promotes the existence of bacteria and decomposers leading to soils that is more sustainable. Lastly, it fights erosion in a better way as compared to synthetically treated soil. This means that the soil will take a longer time and will not be washed away by either wind or rainfall.

Organic farming strives to attain biodiversity in plants – this means that several species of plants thrive on the field during a certain year. Besides biodiversity being healthier for the soil, it also helps in controlling pest populations and makes a healthy environment for wild fauna such as deer, reptiles, rodents, birds, and other animals by ensuring a more balanced ecosystem.

What are the disadvantages of organic farming?

When compared with the pros, the cons of organic farming are seen to be fewer. Below are some of the disadvantages that you should expect:

Organic farming activities need more land as compared to activities in conventional farming. This involves accommodating things such as crop rotation and even healthy livestock.

Whenever a conventional food farm needs to receive organic certification in the US, as per the US Department of Agriculture (USDA), certifiers have to operate minus synthetic chemicals for a complete three years. This means that a farm has to commit for up to three years involving expensive conditions such as expensive labor without any kind of benefits of selling certified organic food.

Why organic farming is important

In organic farming, the use of pesticides is entirely abandoned hence lowering the chances of potential pollution. Besides all that, organic farming strives to attain sustainable agriculture and promotes the existence of bacteria and decomposers leading to soils that are sustainable. Organic farming struggles to attain biodiversity in plants – this signifies that several species of plants thrive on the field during a certain year.