Blog / Whats / Variable-rate seeding: how does it work?

Variable-rate seeding: how does it work? 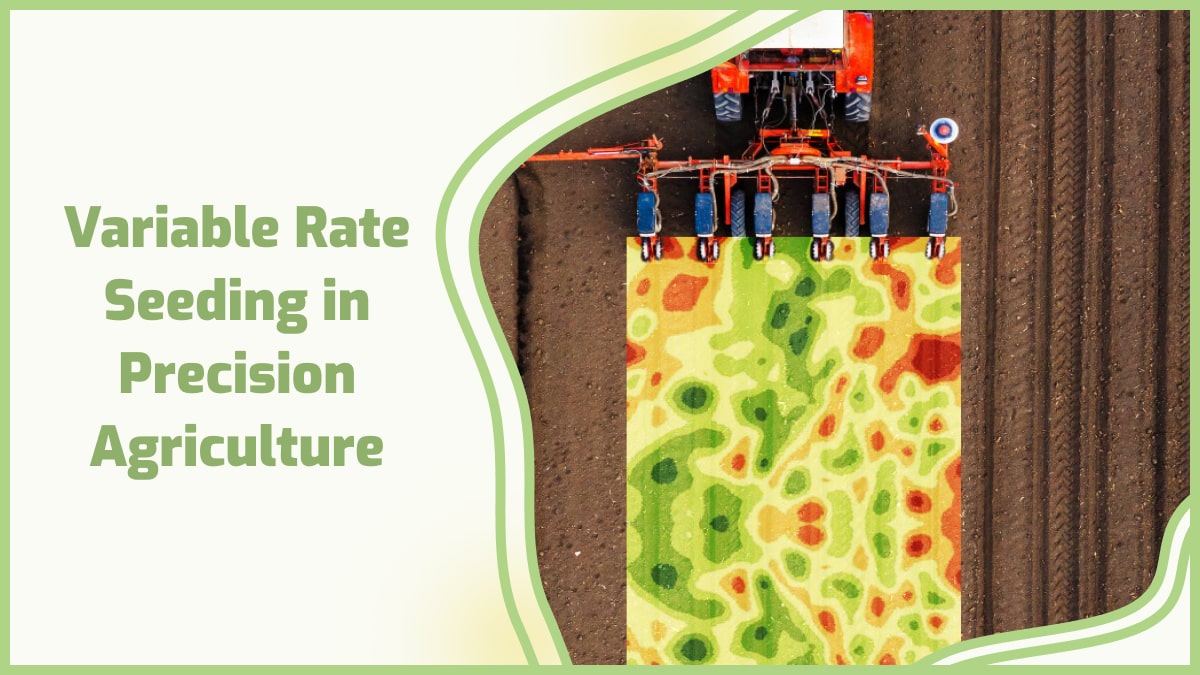 Variable-rate fertilizer is the gold of the agricultural industry because it is more thoughtful and safer to invest in Variable-rate technology to produce healthier and more yields. The acceptance of VR technology also brought about the use of VR seeding rates.

VR fertilizer and seeding share the same concept by smoothening outfields inconsistency to produce a more uniform and consistent crop establishment in various managing zones. The productivity of these managing soil zones is based on the seeding rate, i.e., the seeding rate of a highly productive zone will be very different from a soil zone with more subordinate productivity.

In the simplest term, variable rate seedling aims to produce more even crops because land varies and the nutrient portion in one section differs from the other. Since variable rate fertilization has been accepted and used for years, why is there an argument over variable-rate seeding?

GeoPard, an independent precision agriculture powerhouse, uses the current mapping system to produce solutions for crop consultants and growers. The zone maps obtained through geo-referenced farm data are usually given the acronym SWAT, which stands for soil, water, and topography.

These SWAT zone maps are developed through layering in real-time kinematic elevation, water flow paths, soil organic carbon, electrical conductivity maps, and topography features. Although variable rates don’t just work by starting all at once, it takes precision, beginning at the suitable zones, and a vast understanding of the responses of crops to inputs in each specific zones.

The field’s potential for VR seeding is more significant than its yield’s variability. Before considering a variable seed rate as an option, the seeding rate must differ by more than 3,000 seeds per acre, and you need to consider the information you have on management zones.

The yield maps are usually the best starting place when developing management soil zones. Management soil zones mean areas with consistent soil performance for more extended periods. On the other hand, it is tougher to manage a field whose performance varies yearly. An example is an area with varying rainfall and dry season.

Soil series information is another crucial factor in considering variable-rate seedings because they are used to develop management zones. Still, the level of accuracy of the zone is not solely determined by soil series. Soil series information must be used with either soil electrical conductivity or remote sensing imagery for a more accurate mapping in creating management zones.

The evaluation process determines the adjustment made when prescribing seedings for the following year. This process involved test strips to monitor the planting rate via variable seeding rates and soil zones. The test strips are gathered and then compared to calculate the overall profit, yield, and seed rate, determining if raising the VR will increase its output or if reducing the VR will have no effect compared with the test strips.

The prescription determines the variation, and once identified, it is then divided into management zones containing data such as; past yields, soil topography, properties of the soil, and aerial imagery, all known as Yield Data. Using past data of the same crop is an intentional process. It is a method to accurately depict the yield data because the VRS prescription is greatly dependent on the accuracy of the yield data. Multiple years of data are gathered and recorded using calibrated yield monitor. If the data is recorded, results in stable yield production are most accurate and ideal for use. The identification of zones produces enough information for an agronomic response for each zones seeding rate. This will result in lower input costs for a higher yield. These seeding rates are used for the variable-rate prescription and can be customized for different zones. For example, the seeding rates in maize crops are higher in the high productiveness zone and vice versa. On the other hand, the seeding rate of soybean has the opposite result compared to maize’s seeding rate, i.e., its seeding rate reduces in high productivity areas but increases in low productivity zones.

Although, it is common for fields to have about three to five zones because the width and number of the management soil zone depend on how large the field is, the variability, and the size and capability of equipment. Conducting check strip trials on the farm is better to monitor and detect the response of plant yields to the VR seeding in a field. Spatial or geographical yield analysis tells if variable-rate seeding is a good form of investment. Always validate variable-rate prescription as many times as possible, so the targeted seed rates produce an optimized return. Do not undermine the evaluation from strips because the prescription accuracy depends significantly on comparing the check ribbons and standard practice seeding rates because it determines the seeding rates that will produce maximum returns.

GeoPard is an agrotech company that uses mapping in its different forms with variable-rate technology to produce a defined data layer for a better and more accurate form of soil sampling, topography, and variable-rate seeding. GeoPard improves the variable-rate seeding by aiding planning stages with inputs on management zones before, during, and after field operations for a better harvest and to save money. GeoPard mapping and satellite imagery improve the planning and tracking of farming productivity. It remains one of the best all-in-one cloud platforms for collecting farm data through sensor, topography, remote sensing, soil sampling, and yield.

Increasing farm profitability with farm data analysis & satellite imagery has gotten even better with working features for evaluating management zones, productivity, and yield. You can even monitor its progress with or without cellular connectivity on all your devices. You can predict post-harvest analysis with the information provided, and it can be used to analyze profits and improvements for the next season with 30+ years of history. GeoPard’s features include single-and-multi layer analytics for evaluating management zones, Field Stability maps, Field Potential Multi-year maps, Cross-layer maps, Zones adjustments, VRA maps, and many more to define field zones and improve productivity, variability, and farm operations through mapping.

A unique feature of GeoPard Is the heterogeneity index it has on all fields. This means that it can show the variability or heterogeneity of your fields. GeoPard precision technology aims to make users understand variable rate technology and its various means of application. You can even save on chemical sprays once you understand heterogeneous fields.