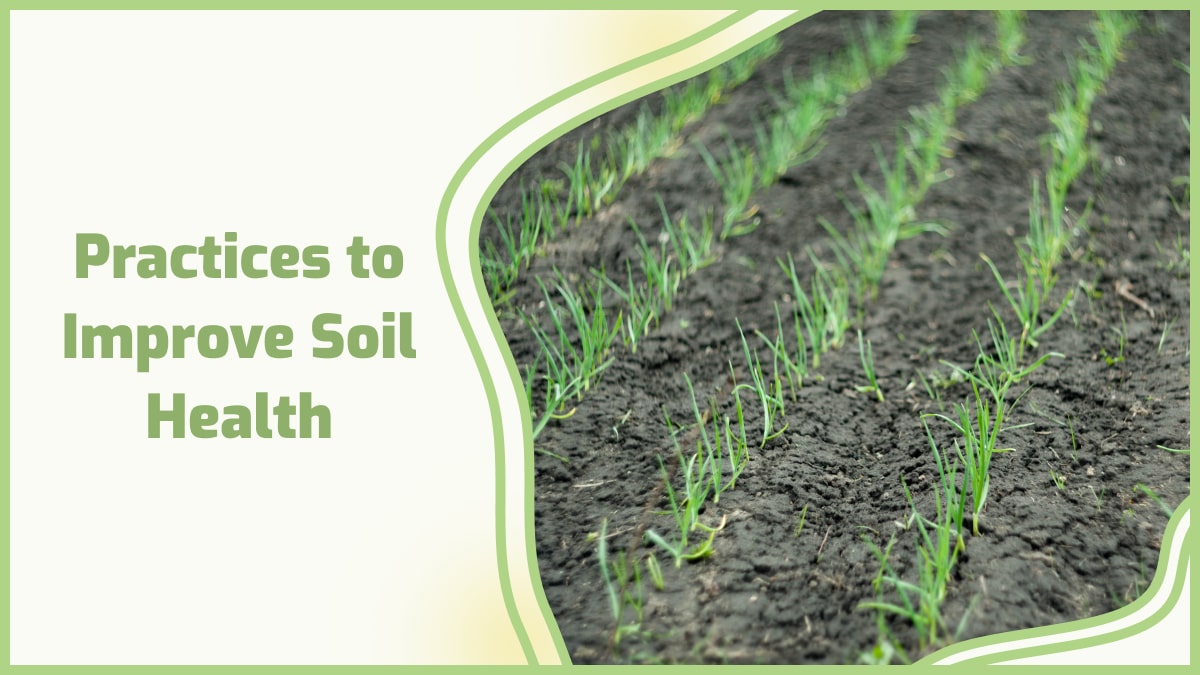 Healthy soil is the pillar necessity for profitable, productive, and also environmentally fit agricultural systems. Dedicating some time and learning much about all sorts of soil processes that help in plant growth and also control environmental quality that is affected by different techniques and practices is the foundation for coming up with a soil management system that heightens and improves the soil health after some time.

This piece of information is mainly for farmers, gardeners, and farming enthusiasts who want to get to know more about the biological, physical, and chemical components of healthy soil and also how to handle them.

Soil is a precious and essential resource and how it is handled can adjust or reduce its quality. Apart from that, the soil is considered a complicated ecosystem where living microorganisms and even plant roots bring together mineral particles and also organic matter into one dynamic structure that controls air, water, and also nutrients.

In agriculture, soil health is usually known as the ability of the soil to maintain agricultural yield and also conserve environmental resources. Healthy soils offer several functions that aid in plant growth, biological control of pests and diseases, water control, air supply, and also nutrient cycling. All the above-mentioned functions depend on the interrelated biological, physical, and chemical properties of the soil whereby many of them are sensitive to soil management techniques.

In the beginning, we always use soil that is not suitable for growing crops. But we are always anxious to get going, so we continue regardless. At this time we are asking the soil to offer nutrient-full food from nutrient-deficient soil. There are higher chances of this activity resulting in poor harvests or even pests and disease challenges.

Reviving the soil is very crucial even when one starts with healthy soil since you will have harvested all the nutrients at the end of the season. There is a related connection between you and the soil in organic gardening – this is simply a give and take. Seasons such as fall and winter are a great moment for replenishing the soil and allowing it to rest if there is a need. Introduce organic matter in the fall to begin each spring garden at peak levels.

Tillage takes away the soil and leads to a poor soil structure that does not let the roots spread freely to exploit nutrients and moisture. Getting rid of or limiting tillage activities by shifting to cover crops to till the soil even without the use of machines or any sort of mechanical equipment. This further invites several benefits such as lowering the production cost, lowering soil erosion, and also adjusting the soil productivity.

Mulching supports healthy soil by holding moisture and nutrients. Besides that, it also saves on time by lowering the need for doing activities such as fertilizing, weeding, and watering. How you mulch your garden should also be based on your climate. For instance, heavier mulches are best for hot or dry climates where moisture evaporation is higher. As opposed to that, lighter mulches are mostly preferred in rainy or cool climates where the soil needs warmth from the sun but also needs to be protected against erosion.

As for several gardeners, heavy mulches in the off-season offer cover that is important to the soil organisms from the elements and also lowers soil erosion from heavy rainfalls. After a pest invasion, you need to abandon the affected plant material and also not put so much mulch in the winter to avoid giving cover to overwintering pests.

Cover crops are the best to include in your soil improvement techniques. This is because they can offer organic matter and nutrients, adjust drainage and aeration, support important soil organisms, and also as overwintering mulch. As much as cover crops are planted mostly with other crops any time across the year, they are also commonly grown during the late summer or even early fall to germinate over the winter. Several of them are always killed by the winter cold making spring planting simple, and others are buried before planting. You can use a digging fork or chickens to bury or turn cover crops within a timeline of three weeks before planting in the spring.

Nutrient accumulators are a type of plant that are at some times merged and used in permaculture farms. Accumulators have roots that are perceived to be capable of gathering given nutrients from the soil. These nutrient-rich plants can then be cut multiple times throughout the year to be used as mulch. Adopting this method also limits the cost of spending on other several amendments. Planting these plants also increases biodiversity. Even though no research has been done about this kind of plant, it has remained to be the best plant for this.

Getting to know the carbon-to-nitrogen (C: N) ratio is the key. It involves the mass of carbon to the mass of nitrogen in the soil. According to NRCS, microorganisms operate best at the ratio of a 24:1 C: N, and the 16 parts of carbon are consumed for energy and eight parts for maintenance.

Here, you need to understand that the higher the nitrogen, the faster you deplete the carbon. Again, excess nitrogen leads to more soil bacteria at the expense of fungi. It is the soil fungi that build the glues that hold soil components together. Based on the NRCS chart, wheat straw contains a higher C: N ratio. It simply means that the soil microbes must locate extra nitrogen to consume the wheat straw.

And this must only be found from excess N in the soil. It can also lead to a temporary N deficit if there is a low supply of N in the soil. This continues up to the time that some of the microbes in the soil die and let go of N held in their bodies. Have you ever imagined why soybean Stover does not last for a longer time on the soil surface?

This is simply due to the low C: N ratio of 20:1 it has. This is according to Purdue University data. As opposed to that, high-carbon stover crops such as wheat (80:1) or corn (57:1) aid balance the C: N ratio throughout a two-year planting season. Growing cover crops aids balance the C: N ratio at a faster pace and also aids to support soil microorganisms’ population. This is one of the reasons why cover crops blends are very common. Farmers can use several species to alter the C: N ratio and attain several goals, be it adjusting the soil health and even providing grazing.

How can we help to improve soil quality?

Our history in farming is diverse so we know the right solution to your problems. GeoPard helps farmers to estimate the soil quality by allowing them to upload soil sampling files into GeoPard Agriculture and then it offers an easy-to-read heatmap visualization of all of the attributes in the soil sampling file among other several operations such as comparing layers and even building variable rate fertilizer prescription files. 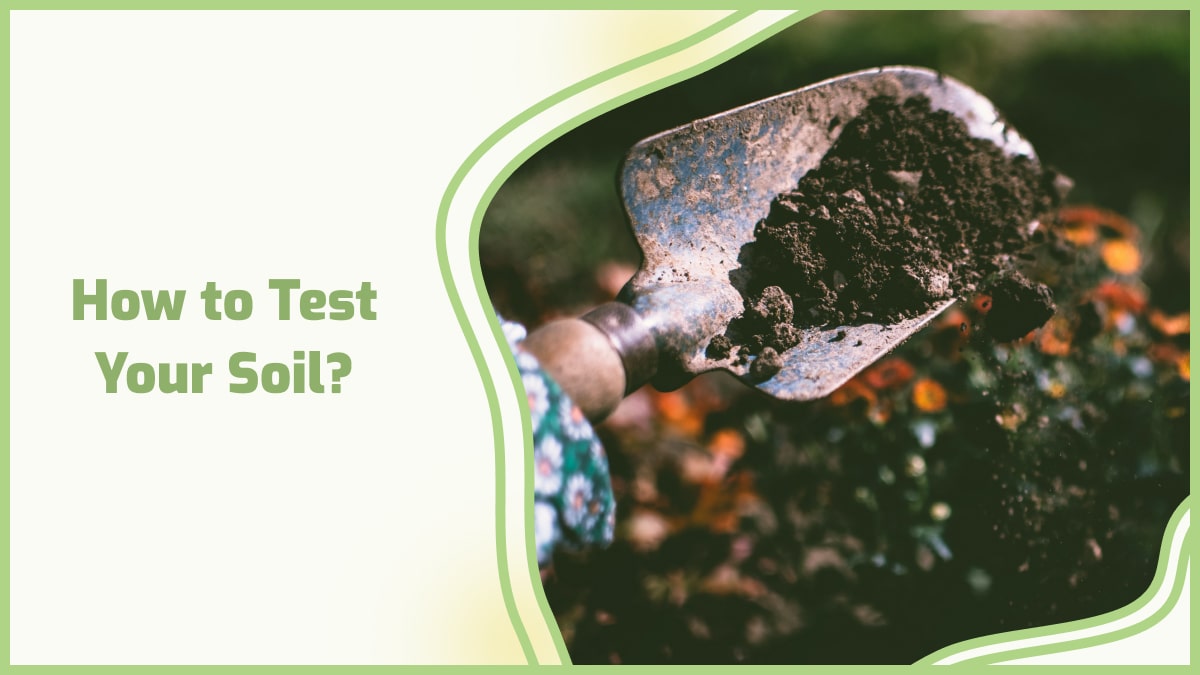 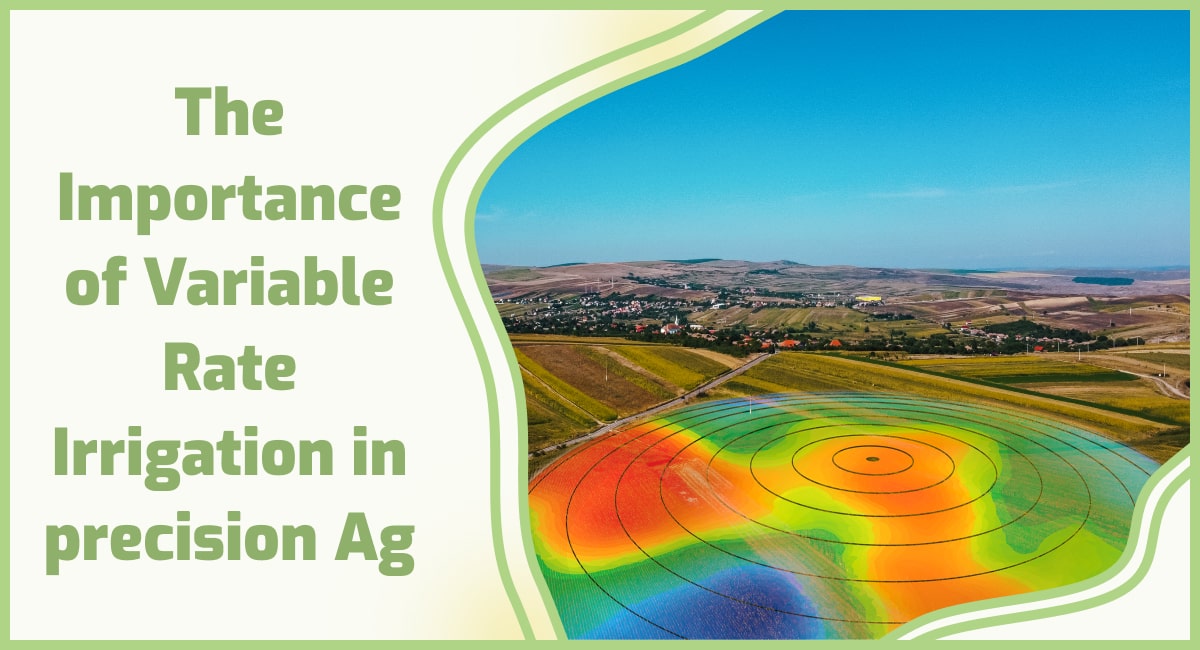