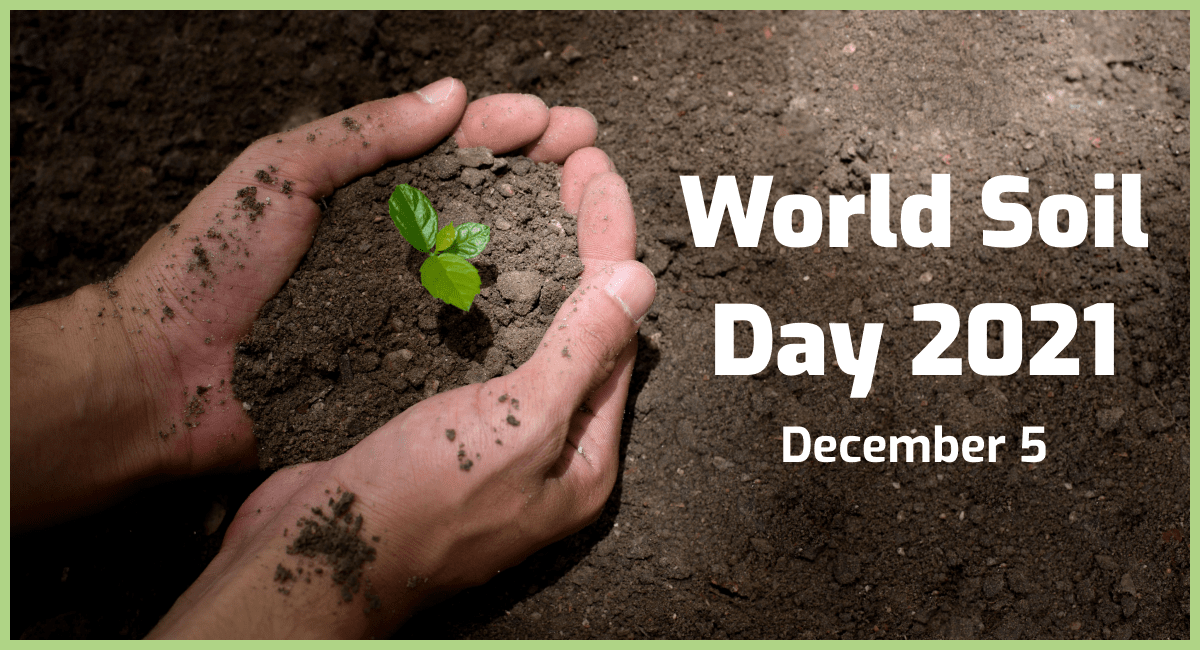 World Soil Day, celebrated on December 5, brings people’s attention to the importance of soil and its sustainable management. The day aims to raise awareness about soil degradation. It’s a serious environmental problem, caused due to the decline in soil condition. Industrialization or poor management of agricultural land worsens the condition of the soil.

The day highlights the importance of soil for all terrestrial life. Soil degradation leads to erosion, loss of organic matter and decline in soil fertility.

Why it is so important

Have you ever seen white crusts on soil? Yes, it is what you think. Soils can be salty. Salts are present naturally in soils and water, and they move freely through the soil. Naturally, saline soils may support rich ecosystems, but natural processes such as droughts and human activities, especially improper irrigation, can increase how many salts are in soils, a process that is called salinization. Soil salinization breaks down our soils and reduces their ability to help our food grow.

Soil salinization and modification are major soil degradation processes threatening the ecosystem and are recognized as being among the most important problems at a global level for agricultural production, food security and sustainability in arid and semi-arid regions.

A bit of history

The proposal for a global day to celebrate soil was first recommended in the year 2002 by the International Union of Soil Sciences (IUSS). Under the framework of the Global Soil Partnership, and the leadership of the King of Thailand, the United Nations Food and Agricultural Organization (FAO) lent its support to the establishment of WSD. The day was envisaged as a global platform to raise awareness about issues related to the management of soil resources.

In 2013, WSD was unanimously endorsed by the FAO Conference. The conference also requested the UN General Assembly (UNGA) for the official adoption of the WSD. The UNGA then designated the first World Soil Day on 5 December 2014.

Why was 5 December chosen as the date?

It was decided to mark WSD on 5 December as it was the official birthday of the late King of Thailand, H.M. King Bhumibol Adulyadej, who had officially sanctioned the event.

What GeoPard Agriculture do to protect the soil

The rational use is the best soil protection. Therefore, before creating a load on any plots of land, we analyze it and make a detailed plan for planting determined crops.

Each field contains different soils with unique soil properties and crop characteristics, and therefore should be separated into unique zones of management.

Use Prescription maps that are generated from a range of geo-referenced data, such as soil nutrient levels and historical yields, and provide input rates for defined zones of a field.

Get a reliable picture of soil conditions and a detailed map of the variation in soil properties across a field, the ideal base for making informed management decisions.

News
Get the latest news
from GeoPard